If you were or still are a fan of NAKED RAYGUN, then you'll want to check out upcoming songs by NR's original drummer and author of several of the band's most unusual songs. Inspired by 4 decades of Rock, the set of songs weaves punk, glam, tribal, metal, and Latin influences into raw energy with hooks that dig in.

The first track Jim co-produced with Eric Williams is an amped up rewrite of an early NAKED RAYGUN song that Jim wrote. Now called "Only in the USA-hole," the music and some of the lyrics have been updated to reflect today's America. Here's the music video Jim created for the song.
OR VIEW ON YOUTUBE

"We first tried recording the drums with me listening in headphones to my original digital tracks but it felt unnatural, so I ditched the cans and told Eric I'll play drums "bare back" and just hum the songs in my head. We added guitars and vocals later. It worked out pretty well all things considered."
– Jim Colao 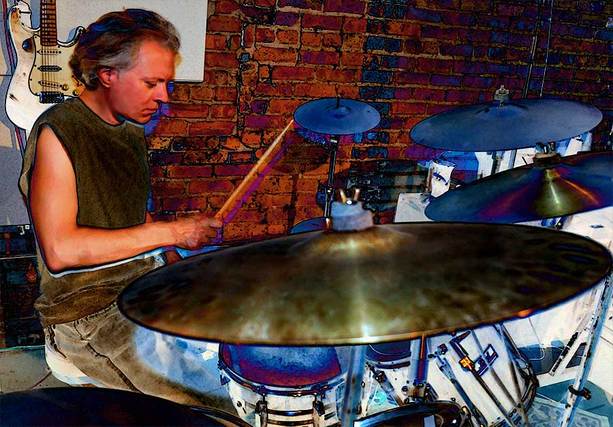 More songs are in the works as you read this. We plan on releasing more tracks in fall 2015. Jim wants to then put together a band of high-octane players to kick ass on stage as "The Anti-Extremists."  Will be looking for a female lead singer on several songs...

Currently in the beginning stages, this project revolves around Jim Colao writing entire songs using nothing but an augmented Roland V-Drum Club Kit and an Alesis DM5Pro module. Over 2000 different sounds can be assigned to different drum pads so no two songs sound alike. Everything from wonky electro sounds to voices, organs, odd percussion, and bizarre noise. All set to an array of funky, twisted beats. 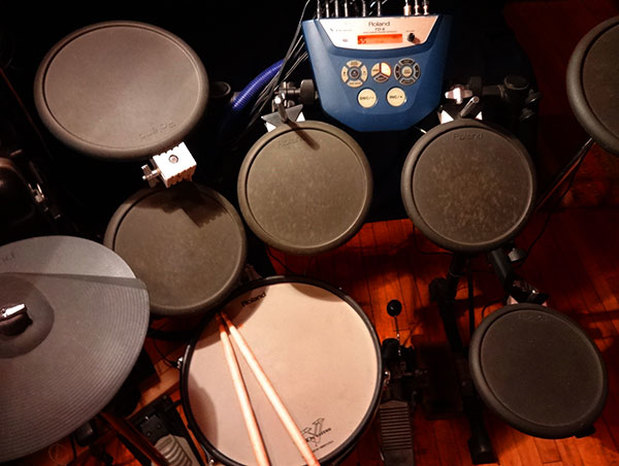 Here's a sample of Jim jamming on a customized pad set up.